We Are All God’s Children

This article is part of our Summer 2021 Disability Concerns Canada newsletter. In this issue, there are 4 articles:

1. Getting to know our advocates… Introducing Caroline Short

2.Are you joining us? Disability Concerns Leadership Training Event 2021

3. A Season of Lament

4.We Are All God's Children

The news of the bodies of children buried in unmarked graves at residential schools has had a profound effect on me. Growing up in a part of Ontario that was not close to any Indigenous reservations and in a community, church, and school system that was largely comprised of people of Caucasian descent, meant that I had little contact with Indigenous people or what they suffered through. It wasn’t until I moved to Alberta that I first even heard about residential schools, and what I did learn was very limited. So, what I have learned from the media recently about colonialism and how Indigenous people were and continue to be treated is very disturbing to me. It has also brought to my mind that persons with disabilities have a lot in common with Indigenous people in terms of how they are treated.

What do we have in common? First of all, many people make assumptions about both of us.  They assume that persons with disabilities aren’t able to do many things that they actually are able to do (with some help or flexibility). We call this ableism. Some also make ugly assumptions that most Indigenous men are drug and alcohol abusers and that Indigenous women will perform sex acts for any man who is willing to pay the price. When an Indigenous woman presented herself at a hospital in Montreal recently complaining of severe pain, staff were overheard saying “she’s just an Indian and wants drugs.” This dear soul died shortly after from the medical condition that caused her pain. It was never investigated.

Persons with disabilities have encountered similar experiences when looking for ways to better control their pain, and it often has nothing to do with a desire for drugs. And, when a person has both Indigenous heritage and lives with disabilities as well, the resulting discrimination can be even exponentially higher. Many people look at both groups and all they see are persons who are not supposedly perfect like they are, and therefore do not have value. They totally fail to acknowledge that every human being is made in the image of God and is loved by Him. 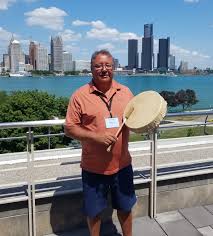 To confirm that my thinking was on the right track, I spent some time with Pastor Harold Roscher who heads up the Native Healing Center in Edmonton. Harold was born into a Cree family and was adopted as a child by a Dutch, Christian Reformed family. He is multilingual—he speaks Dutch, English, and Cree. He is dark-skinned and often experienced racism as a child because of the colour of his skin. Well into his adulthood, he felt urged to investigate his Cree heritage, which led him to going to seminary, so that he could minister to the many needs he perceived among his native people. This led to the formation of the Native Healing Center, a place where Indigenous people can share their pain and hopefully heal from it, practice aspects of their culture that are meaningful to them, share their favourite Indigenous foods, and best of all, feel totally accepted. Harold confirmed for me that I was right on track in terms of what persons with disabilities and Indigenous people have in common.

The next time you meet an Indigenous person, strike up a conversation with them.  Know that we all have our stories to tell, and in sharing them with each other we can learn from each other, especially how to treat each other with the respect we all deserve. Best of all, this may prove to be an opportunity for healing for someone who has experienced immense abuse and grief in their life.  Remember, we are all God’s children.

Thank you for sharing these thoughts and important reminders. How sad to witness when people deny in words or actions that every human being is made in the image of God and is loved by Him.
~Stanley

Hopes and Dreams for the Canadian National Gathering

Kill the Indian, Save the Man