When we updated our stage a year ago in our church, I had at the time wanted to put in a hearing loop device in the church, because our old FM recievers had so much interference, and no one used them for over 5-6 years (or longer). But initially a hearing loop was a bit past budget, so I took it out and left it with "No one is using anything now, but when it's needed you will need to deal with that ASAP."

Fast forward a year, we had a lady who started visiting who had the opposite problem: some things were too loud, and she needed to dial them down. So me being the tech person I am, hooked in a headphone amp (that I personally owned for some IEM (That's In-Ear Monitors, for the non-techs, lots of artists use them when you perform to seal out noise and eliminate wedge speakers/ minimize feedback. I use them so I can hear only me and what I need/ want to hear. :)) and gave her a pair of noise isolating headphones. So basically making the main mix so she controlled how much or little she got to hear.

Few months after or so, I had a few people who had seen it, and wanted to try it. BUT at this point that's hard-wired so it had to be only a pew or two away from the mixer desk and was a single-user unit (because it was made only for my use lol). So rather than get a headphone amp with multiple headphone jacks and having every one reaching for volume adjustments over each other, I brought it back up that we needed to find something — and was put in charge of doing so.

Now as easy as some of you may think that this was, keep in mind I have been looking at options pretty much since the hearing loop was denied. So I decided to see what our local FAC (Fine Arts Center) uses since I'm in musicals there, and folks seem to like the system. I get a hold of the Listen hearing device people, get sent a demo of two units (each with differences): biggest one was 3 channel; one is 50-ish, I believe.

So I had the one lady try it, and a few others, and one liked it so much she used it every week since and doesn't want to give one up. So we had to switch the other one around in the morning.

The 3 channel, unfortunately, had interference on every single channel, so we went with the more channels one. We ordered them last week, and they came this past Thursday. And I got more of the isolating headphones because those are what people prefer, and a few single ear phones for those who are hard in one ear. But the cool part is, with this system you can put a loop around your neck and plug it in, and it becomes a hearing loop to transmit into selected hearing aids!

You may wonder, "Why I would write about this on here?" Well, one is to say how important it is to have some kind of system even if it's a single person (use a headphone amp like mine); for multiple people, I have a few options (feel free to ask). I had heard someone even say it's nice to be able to hear the pastor again. They had been coming but not been able to understand him all the time. I felt bad because had we put one in a year ago with the new sound, they could have heard a lot sooner. But it took one lady asking, and me doing something about it, and others noticing. (It's quite common, if you see other people using something, you yourself are more likely to use it) But I ran sound last week and after that night, they both came to me saying how nice our system was, even compared to a different church they attended in the morning. That's all I needed to hear!! That's just as good as a thank you, because in a way it is, to me.  So if anyone has questions about our system or needs some ideas for your own facility of worship, please ask. I would love to help and give you as much advice as possible. 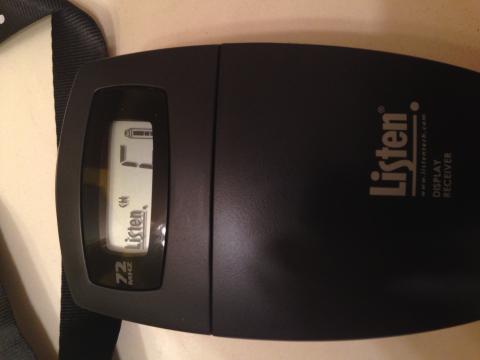 This content is licensed under Creative Commons - Attribution, No Derivatives (learn more). The Network hosts user-submitted content. Posts don't necessarily imply CRCNA endorsement, but must comply with our Community Guidelines.
Subscribe to Comments
Mark for Review

At Arcadia Community Church (ACC), the primary responsibility of the Audio-Visual Technician (hereinafter referred to as the A/V Technician) is to provide technical expertise and team leadership for the church’s sound, media, video, and stage lighting. The A/V Technician is also responsible for audio/video technical and creative development, production, and training related to the live/post-production audio/visual needs of ACC.

Description:
The primary responsibility of the Audio-Visual Technician (hereinafter referred to as the A/V Technician) is to provide technical expertise and team leadership for the church’s sound, media, video, and stage lighting. The A/V Technician is also responsible for audio/video technical and creative development, production, and training related to the live/post-production audio/visual needs of ACC.

The A/V Technician ensures that the worship and A/V ministries continue to grow in effectiveness and quality of excellence in alignment with the church’s vision, mission, and strategic objectives. The A/V Technician will be focused on the production of and the technical oversight of the weekly live-streamed services.

While the A/V Director is a limited position, the A/V Director must be available during certain (normal) weekday staff hours (to attend by phone or in person weekly staff meetings) plus flexibility for creative work that must be done outside of normal staff hours.

Working knowledge and hands-on experience for proper operation of various systems to include but not limited to:

Education:
Two- or four-year degree in audio-visual or related field; or two to five years related experience and/or training; or equivalent combination of education and experience.

This is a limited, hourly position around 13 hours a week (more or less) with at least 1 day(s) spent on the ACC campus to interact with the staff and ensure the integrity of the equipment for the next Sunday, prepare Proclaim (for in-house participation), assembling A/V team for the following week’s Services, as well as setting and striking stage equipment on Sunday.

Salary is established at $20.00/hour. Based on experience and expertise.

We are welcoming people on a spiritual journey to become fully devoted followers of Jesus Christ!

Thank you for sharing this opening!