Would I Shed the Cross I Bear, If I Could?

If I understand her correctly, theologian Deborah Creamer suggests that because all people live with limitations, the difference between people with and without disabilities is only a matter of degree. All humans are united by our limits. Some disability scholars say that we should eliminate the word “disability” from our vocabularies because what we call “disabilities” are merely examples of human variation with which we all live.

These ideas can be interesting and helpful, but they can seem speculative when talking about specific disabilities. For example, schizophrenia and bipolar disorder can make life and relationships very difficult both for the people who have these conditions and for the people who love them. They do not feel like mere "difference" or "human variation." Author, academic, and publisher, Melissa Miles McCarter, recently asked herself, “Mental Illness and Identity: Would I Shed My Bipolar Disorder Skin?” Miles McCarter wonders, “Without medication I deteriorate and become dysfunctional or am thrust into a deep depression followed by manic psychosis. However, if I had never had these challenges, even the bouts with severe mental illness, would I still be the same person —  and would I want to be?”

Responding to her own question, she says that she realizes that everyone has crosses they must bear. In the process of reckoning with those challenges we “find ourselves . . . and grow while putting the pieces of our lives back together.”

Though she has some regrets that have arisen from times when her bipolar disorder brought unhappiness and setbacks, she says that living with other people’s stigma toward mental illness is most difficult, “Maybe even more than wanting to shed myself of the disorder, I want to strip myself of the stigma. Perhaps more so than most any other disability, people with mental illnesses are stigmatized.”

There’s a deep and important lesson here for us who love God and love the church. Fellow church members and many people in our communities live with a variety of disabilities including serious mental illnesses. Some statistics suggest that about six percent of people in North America live with a chronic mental illness. How will we in the church respond? Will we walk with people along their journey, or will we wish they would walk off alone? Will we listen carefully, or will we offer quick advice because we are not comfortable listening to someone tell about a journey that is unfamiliar or frightening?

Miles McCarter wonders about the benefits that have come to her and others through her bipolar disorder. “Maybe there would be worthwhile things I would shed along with my bipolar disorder. It would mean shedding the courage I have developed in sharing my story. Going back to the idea that challenges in life build character, perhaps my public disclosure gives others the courage to accept their bipolar disorder as a condition — a state of being, rather than a disorder to be cured.”

How has your church grown in fellowship and love because one or more of the members have felt safe disclosing their mental health challenges and fellow church members have journeyed with them in the course of those challenges?

In both the U.S. and Canada, national mental health organizations have asked people to devote special attention to Mental Health Awareness in May. For resources for raising awareness and for ministering with people who have mental illnesses, Disability Concerns has a variety of resources which can be found by navigating to our home page on the Network (network.crcna.org/disability) then clicking on “Mental Health” under “Filter by Topic” on the right-hand menu. 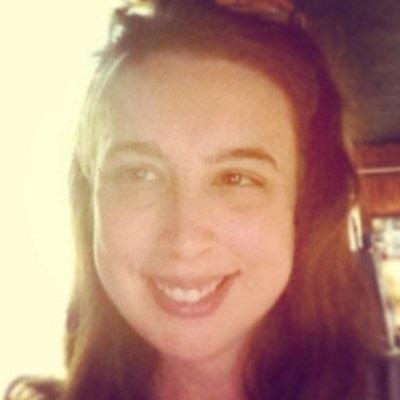 Some of the strongest and most beautiful people I know are people who have struggled, whether it be with mental illness, or with tragedy, or abuse. It becomes part of who they are and contributes to their often deep faith. They've been a gift to me in so many ways. Would I wish that these "bad" things never happened? Maybe. But then I would have missed knowing the wonderful people that came through these things. And I would be a different person too.

People who say we should eradicate the word disability from the language supposedly because everybody is limited in some way trivialize real illnesses, especially severe mental illnesses like bipolar disorders, schizophrenia, and other forms of psychoses.  Il's one thing to have to admit that you can't run as fast as an Olympic athlete, and shrug it off by assuming those same athletes have other limitations and quite another to be stigmatized because you hear voices and reply to them loudly in public spaces causing people around you to look at you oddly or fearfully as though you were going to assault them in the next minute.  Although psychotic people have been known to do that, most people with mental illnesses are not violent and are more often the victims of assaults by so-called normal people than the other way around.  In fact, in an issue of Schizophrenia Digest, as it was called back then, a columnist quoted a friend of his who referred to mentally non-sick--to put it that way since health is more than the absence of illness--as the "chronically normal".  I like that phrase because too many people who look askance at mentally ill people are chronically normal themselves.

The Language of Mental Illnesses, Brain Disorders, and Disabilities

Psalm 88: A Psalm for Realists Not Optimists