A Gift to You from the Land of Restorative Justice

I’ve never been able to figure out a way to write about Restorative Justice or Restorative Practices without getting lost in a sea of definitions and paradigm shifts and anecdotes. But I want to give you all a restorative gift today, so I’m going to try this: I will skip all that, but you’re going to have to trust me.

Please know that I have been to the land of Restorative Practices. It is beautiful, a peaceful country. Its people are vulnerable, defined, and connected. They each speak their minds boldly and still listen attentively to one another. They have much to offer us. But I don’t want to make you sit through the whole slideshow. You have to go there yourself. For now, just accept my gift. It is this question: “What is the hardest part for you?”

In the most basic restorative practice, a circle, (which is just a controlled way of having a difficult conversation that I will not explain here), we ask every participant to answer the same five questions. After people have explained their side of the story and its impact we ask the question I am giving you today, “What is the hardest part for you?” I am continually stunned by the power of that question.

Part of its power is in the self-reflection it requires. Most people, before they are asked, do not know the answer to it. They may have been talking about a conflict for years and never have considered what was really at the heart of it. They may have tried to resolve their conflict or even believe it to be resolved and still never have figured out why they were upset in the first place.

They think they’re mad because, “Tony left the milk out again!” (This entirely imaginary person only coincidentally bears my husband’s name.) But really, they’re angry because their three children, aged 6, 4, & 4, are tiny chaos machines and their lives feel entirely overwhelming and when the other adult in the house makes more work instead of less it feels absolutely unbearable! (Again, any similarity to my life is entirely coincidental.) 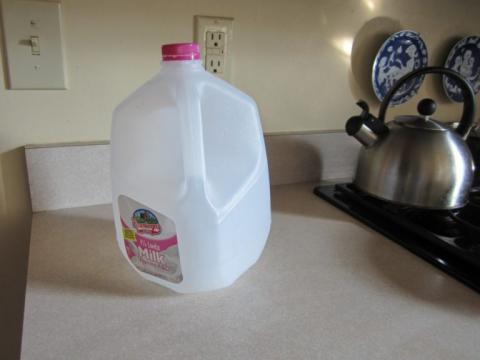 Now, let’s consider how this conflict might go without my favorite question.
Jen: “Tony. You left the milk out. Could you please remember to put it back?
Tony: “Oh. Sorry.”
And Tony puts the milk back in the fridge.
That sounds nice, even resolved, but, really, Jen is still frustrated and Tony is likely to leave the milk on the counter again. Eventually the frustration will build until Jen says something helpful like, “WHY CAN’T YOU PUT THE MILK BACK IN THE FRIDGE!!? IT’S NOT THAT HARD!”

Say that happens. It’s a small infraction, but Jen is shouting. Maybe crying. Tony could respond with, “I’m sorry but I don’t understand why this is such a big deal!” And he’d be partly right. But instead, because Tony is an incredibly patient man who has also been the land of restorative practices, he instead responds with, “Jen, what is the hardest part of this for you?”

Jen would have to think a bit, but then she would be able to talk about the chaos, and the overwhelm, and there would be connection between the two rather than increasing division. Tony may not understand the importance of the milk problem, but he knows what it is to be overwhelmed and he loves Jen and does not want that for her.

That sense of connection and care is much more motivating for Tony with regards to the milk (in fact, since this imaginary conversation happened, I don’t think Tony has ever left the milk out again), and it also makes space for other solutions to come to the fore. Maybe there’s something else that Tony (or a babysitter) can do to relieve the overwhelm so that if the dreaded milk is ever left on the counter again it won’t be such a big deal.

I have seen this happen in so many different contexts, in problems big and small. Miscommunication and defensiveness thrive when people are insisting on their imagined solution to the problem (milk in the fridge immediately), but they melt when we can get below those positions to the pain. Sometimes it just takes a good question to help us dig a little deeper.

I am convinced that the church should be on the frontlines of conflict resolution, in our families, in our churches, in our communities, but we are far too often the worst offenders. We follow the one who is reconciling the world to himself, and who has given us the ministry of reconciliation, but still we struggle to have difficult conversations together. The evidence stretches from my trouble with the milk to our tens of thousands of denominations.

Tools like this one are part of the answer to Paul’s prayer that our “love would abound more and more in knowledge and depth of insight” (Philippians 1:9). Love is difficult work, but it is also a great gift. If we can muddle through it, we end up with, well, love. And is there anything we want more than that?

Read more about restorative justice and restorative practices below:
Links to other articles

An Overview of Restorative Practices

Rugged Relationships and the Restorative Church

This content is licensed under All Rights Reserved (learn more). The Network hosts user-submitted content. Posts don't necessarily imply CRCNA endorsement, but must comply with our Community Guidelines.
Subscribe to Comments
Mark for Review

Why Is Reconciliation the Foundation of the Canadian National Gathering?

When Spiritual Leaders Do Harm: Starting Small and Choosing to Be With in Small Oases of Restorative Resiliency