[Pictured above: In June, Clearview CRC joined other Oakville churches for the 10th Annual Oakville Community Food Drive to help restock the shelves at the Oakville Food banks and The Compass. Clearview's members reached over 1,600 houses in their neighbourhood to help advertise the food drive, thanks to more than 120 volunteers!]

Back in June, Diaconal Ministries Canada posed the question, “Why are Deacons needed at Classis & Synod?”. We were pleased to hear what other deacons and ministry leaders had to say and one particular email came from Ada Kloet. She and her husband are members at Clearview CRC in Oakville, Ontario. Not only that, but Ada and her husband, George, are both deacons – the first husband-wife deacon ‘team’ in their congregation. Erin Knight had the pleasure of talking to Ada about her experience growing up in the CRC and also about serving as a deacon.

For many of us growing up in the CRC, it felt at times that we were simply a part of our ‘parent’s church’. Our fathers and mothers were busy serving their time on Council, helping out with Sunday School or children’s ministries, being part of the choir perhaps, or fill-in-the-blank. Our parents diligently and faithfully served God and their church with their time AND resources. While most work was done inside the church walls, some ‘outreach’ was also being done, like sponsoring a refugee family or collecting food for the local food bank. And while all of this work was good and helpful and kingdom-building, many of the younger members would sit in the pew and think, ‘is there more to this Christianity thing?’

Enter Ada Kloet. She, too, grew up in a Christian Reformed church with her father being a “career elder”, as Ada puts it. This meant he would be “on for 3 years and off for 1”, and repeat! While Ada respected her parents and their beliefs and the value they put on church, she and her husband, having children of their own, began wondering if there was ‘something more’. This wondering led them to leave their church for a time to learn and discern. After some years away at another local church outside of the CRC denomination, George and Ada were both led back to their CRC congregation with a new mindset and a fresh sense of contentment. They had discovered a new way of ‘doing church’ – a new way of living out their faith day-to-day – and they were excited to come back and find that their former church was also changing. And even more so, that this Christian Reformed congregation was not alone.

Ada and her husband had discovered a new way of ‘doing church’ – a new way of living out their faith day-to-day – and they were excited to come back and find that Clearview Church had also changed.

Ada remembers her father saying often, ‘It's time to hand the keys over to the next generation. I may not always agree with how things are done or how the next generation decides on the issues but we must move forward.’ And Ada agrees. “Something is happening in the CRC overall,” she shared. While she isn’t entirely sure where it came from, she sees the denomination echoing the need for change in order to move forward; a desire to step out in faith, coupled with a desire for unity.

When Clearview CRC realized the need for change and the need to be more intentional in reaching out into their community, they knew they needed help. So they brought on a staff member to help get their church on track. Over the years the job evolved into a “Community Engagement Specialist” position. The purpose of this position was to help the church grow in their love for God and for people in their community. The church is located in Oakville, Ontario, which has the reputation of being a city with primarily “rich” people, but, just like any other town in any other province, there are many who struggle day-to-day. So their church began to reach out by holding community dinners and a community cooking group, running a year-round food pantry, holding bible studies, being a part of a Justice Film Festival, and more.

The church has discovered that collaboration in ministry helps them offer more wholistic assistance to the people they are serving. Their church really owns the ministries listed above and most are done in collaboration with other agencies in their city or region. Networking with local agencies who can assist their church not only helps the church (so they aren’t trying to do it all), but also the individual person or family receiving assistance: if someone else can do it better, let them!

This was also seen in a personal way for Ada. Being a retired nurse, she has a heart for helping people deal with loss. Griefshare was a program that Ada became a Facilitator for and she was trying to get it off the ground at Clearview. Unfortunately, she was having trouble finding people within the church with the same passion and desire to help her. She began looking outside her church walls, which was “perhaps what God wanted in the first place!” she says. Ada reached out to another local church and discovered they had nine (9) people on their team. Ada now works with this church to provide this important and impactful ministry to those going through loss.

Collaboration has also found its way into their Church’s Council. A couple years ago, Ada and her husband, George, agreed to let both of their names stand for the office of Deacon. While this wasn’t typically the ‘norm’, when the casting of lots was done and both of them got it in, it seemed to them that God could be affirming this kind of ‘teamwork’. Being a Husband-Wife team has been a wonderful way of doing diaconal ministry: Ada says they are able to share the burdens and challenges of their roles with each other and offer one another advice and encouragement. More recently, other husbands and wives at their church have become elders and deacons through the casting of lots, which has been further confirmation from God that He was approving this type of ‘collaboration’ in diaconal work!

In her role as deacon, Ada was chosen to attend the Toronto Classis meetings and also Synod this year. She has found attending these meetings to be enlightening and encouraging. She went in with an open mind and was willing to listen and learn. When asked about deacons being seated at these larger denominational gatherings, Ada said she has come to realize that Deacons are called to serve the church just like the elders and pastors are and they oversee so many important ministries: community engagement/outreach, worship, stewardship/benevolence, justice, etc. According to Ada, if the Council is charged with leading the local church and deacons are also part of that Council, why wouldn’t deacons be seated at Classis and Synod?! This point is echoed in the “Top Reasons Deacons Are Needed at Classis & Synod” sheet DMC recently put out: it is about the full representation of the church. When deacons are missing from major assemblies, the full voice of the church is not heard, nor is the full ministry of the church under discussion (from Diakonia Remixed).

For Deacons who are still hesitant and unsure of being part of these large gatherings, Ada encourages them to be okay with being the ‘newbie’: “everyone is at that place at one time or another and will experience the same learning curve,” she says. Being a part of Classis and Synod will help deacons experience a better connection to other CR churches and to the denomination as a whole, which has been Ada’s experience.

Being a part of Classis and Synod will help deacons experience a better connection to other CR churches and to the denomination as a whole.

Moving forward, Ada continues to be excited about how God can use her to do His good work. Her ‘advice’ to other deacons would be to first carry each other’s burdens, pray, and worship together – and THEN work together. She would also tell deacons to encourage each other’s passions, no matter where that may lead someone to serve. In their own diaconate, one deacon had a passion for stewardship and was led to serve in a different ministry and they have learned to celebrate that!

As Ada shared with us in her initial email, “My father would be glad today to see enthusiasm about people’s faith and he would be glad to see the church moving forward in 2018 in unity and hope for a bright future.”

Thank you Ada for sharing your story – about your personal walk with God and about your experience serving as a deacon! To God be the Glory!

What have you learned by serving as a deacon? What has been a highlight? What has been the most challenging? Share your story with Erin, our Communications Coordinator. 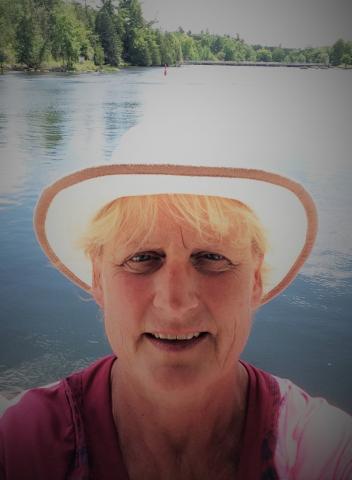 This content is licensed under All Rights Reserved (learn more). The Network hosts user-submitted content. Posts don't necessarily imply CRCNA endorsement, but must comply with our Community Guidelines.
Subscribe to Comments
Mark for Review

Login or Register to Comment
Posted In
Leadership » Deacons

Addressing the “Other Pandemic”

Deacons at Classis & Synod: Why It’s Not Just “Another” Meeting

A Deacon's Work is Never Done!

Manitoba Church on Mission to Bless its Community