Long before she attended Coffee Break, Sue Cronmiller would tell you that God was prompting her to consider going to church.

As a child, she had been familiar with Sunday School. But Sue recalls that at some point her parents simply stopped attending church. When her first baby was born, she began to ask questions. After a few months, a conversation with a neighbor culminated with an invitation to Coffee Break. Sue eventually learned that her neighbor had been the friend of a friend of the person who began Coffee Break at Christ Community Church in Nanaimo, BC. Each ‘friend’ mentioned above had invited another friend to Coffee Break, and now Sue was about to go.

Very soon Sue felt at home at Coffee Break. She began to see that the Bible was providing answers to life’s questions. Her Bible study led her to come to know Jesus personally. She raised her three children through the ministry of Story Hour. Over the next ten years, Sue began to serve in various areas of Coffee Break; she would serve as a co-leader, as well as in Story Hour and in the nursery. 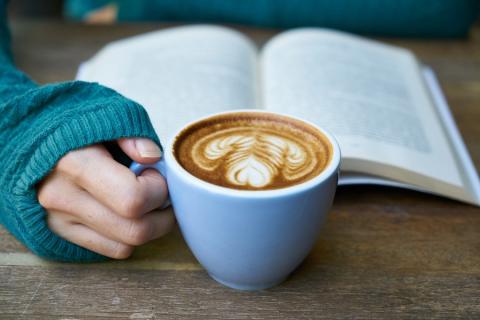 9 Free Bible Studies for Your Small Group (and a Holiday Sale!)

9 Free Bible Studies for Your Small Group (and a Holiday Sale!)

A 3-Step Guide to Choosing Your Small Group Study

From Strangers to Life Long Friends

Profile of a Coffee Break in Elmhurst, Illinois