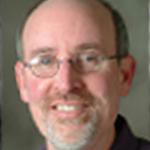 I am a CRC "lifer" who has made a deliberate effort to connect to the broader evangelical and Christian community in order to bring back the richnes of other traditions into our own. I grew up in Bethany CRC, Bellflower California, and attended Calvin College. In between I had a profound experience of grace and professed my faith in Christ. While there I not only loved the teaching on Christian worldview, but also was deeply involved in the InterVarsity group which was characterized by a strong commitment to mission.

After study at Calvin Seminary, Gordon-Conwell (M.Div.), Calvin Seminary again (Th.M.) and New College Edinburgh, we spent six years in pastoral ministry in Raymond, Minnesota. The next six years we were missionaries in Romania and Lithuania. Since our return from Eastern Europe I have served World Missions from the denominational building. I helped new missionaries to communicate their ministry to potential partner churches and individuals, as well as overseeing church relations and missionary home service for the agency. The best part of that job and my focus now is providing information and inspiration to churches on the cause of missions and the work that we are privileged to do. I preach and teach on missions 25 or more times per year. This work has brought me to every U.S. classis as well as most of the Canadian ones.  I am now a candidate for the D.Min. in missiology at Trinity International University.

My wife, Chris, works at Calvin College, where our oldest is an alumnus. Our other two children are Calvin students, so we are experiencing an empty nest.

The Pope as Evangelist

Short Term Missions and the Task of God's Church

Is Everyone a Missionary?

King of the Life-Saving Heroes

Church as Gift for Neighborhood Transformation

Touch Your World Through Prayer: Praying for God's Global Mission